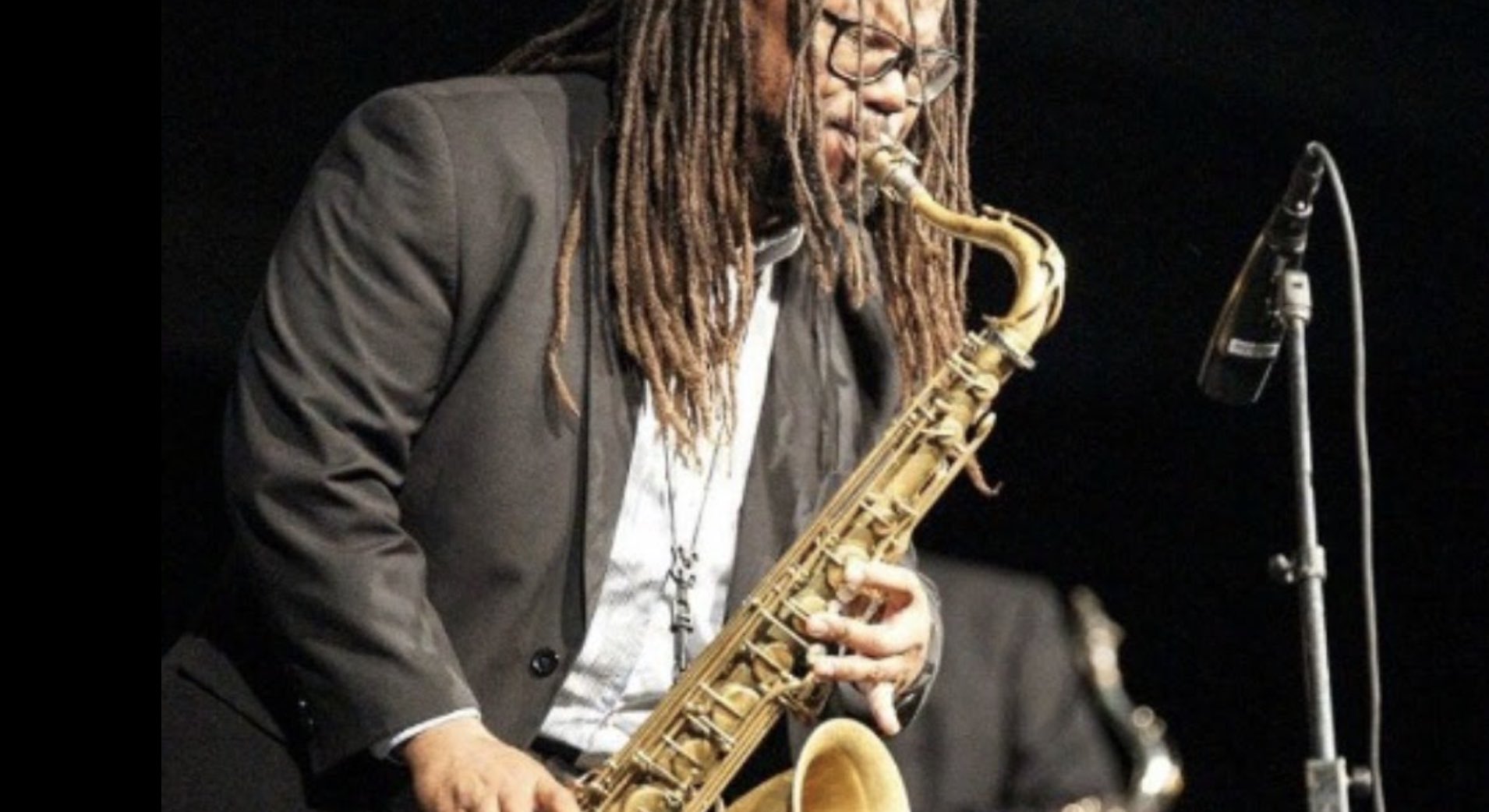 The 2018 set presented here was Rahsaan’s most recent appearance in the Jazz Cave and quite possibly his best. The date coincided with the release of his album The Music in the Night (DownBeat review here) and featured material from that session.

The title of the DownBeat review, Rahsaan Barber Reanimates Standards, is an also an apt description of this richly rewarding set from Rahsaan and his band (James DaSilva, guitar, Matt Endahl, piano, Brian Allen, bass, and Nioshi Jackson, drums). Each band member turns in a virtuoso performance, covering a range of styles and moods within each song – we already knew these guys are good but hearing just how good is a delight. 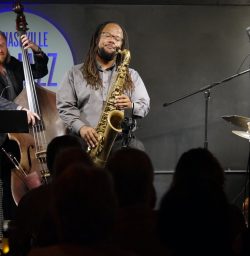 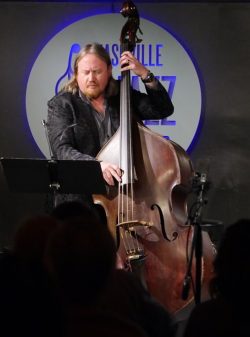 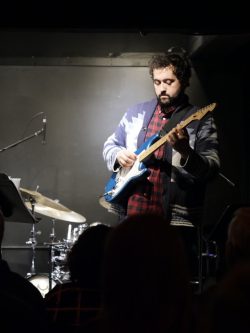 Three of the four selections are pop or jazz standards. Stevie Wonder’s Isn’t She Lovely opens the set and gives a clue as to band’s the stylistic range. Barber states the head and begins his solo on a relaxed, lyrical note, builds to a fiery intensity, and returns to a quiet note for the restatement of the head only to build to an extended tag that affords drummer Nioshi Jackson a chance to stretch out for an exciting solo.

Other selections in the set are Waltz for Stanley, a bluesy Barber original that pays homage to Stanley Turrentine, a reggae-flavored My Funny Valentine, and Girl From Ipanema as you’ve never heard it before.

Among the many delights of this set is way the rhythm section follows the soloist through the shifting moods without missing a beat, finding just the right accents and small touches. Each musician shines as both soloist and accompanist. Matt Endahl’s piano and James DaSilva’s guitar complement each other and never clash in the way that piano and guitar often can. Jackson is most familiar as an exciting, high-energy drummer, but here exhibits a deft touch and a satisfying dynamic range, providing exquisite ornaments on the quieter sections. DaSilva also exhibits a remarkable range: on Girl From Ipanema he was able to evoke moods ranging from Tal Farlow to Joao Gilberto to Bill Frisell!

The set streams on the Nashville Jazz Workshop’s YouTube channel and Facebook page Wednesday, October 14 at 7pm as part of its From The Archives series. The programs are free to view but donations are encouraged to support the expenses of producing the series: nashvillejazz.org/donate or text NJW to 44321.