The Nashville Jazz Workshop takes other precautions for patron and student safety:

After winning many awards in high school such as the John Phillips Sousa award, and after several honor bands (mid state, all state, mid state jazz, Grammy in our Schools, etc.), Chris decided to pursue music as a career.  At this time Chris began studying with world renowned saxophonists Jeff Coffin (Bela Fleck and the Flecktones, Dave Matthews Band) and Jeff Kirk (Maynard Ferguson) and in 1998 he earned his Bachelors degree in Commercial music composition/performance at Belmont University in Nashville, where he was the first instrumentalist to be a featured artist at the music school’s annual Commercial Music Showcase, which featured the top performers/composers/arrangers of the university.  It was at Belmont that he also began studying flute and clarinet. Chris then took 5 years off from school to travel the country and compose for/play with a 7-piece avant guarde funk/jazz band called the Guy Smiley Blues Exchange.  With this ensemble, he really polished his writing style and was even nominated for a Nashville Music Award with this group, for a song he wrote.   In 2002, Chris decided to go back to school and in 3 years had earned his Masters in Jazz Studies at Middle Tennessee State University as a Graduate Teaching Assistant under the direction of Don Aliquo.

Aside from being a busy player, Chris is also a composer and arranger.  He has had original songs placed in several TV shows including the Originals (CW), Togetherness, Queen Sugar (OWN), Star (Fox),  The Marvelous Mrs Maisel (Amazon), Black-ish, Monsterland (Hulu), as well as several commercials.  Chris currently has a home studio where he works arranging and recording horns and strings.  Aside from working with others on their projects, Chris stays busy recording his originals as well as creating unique arrangements of cover songs, many of which can be seen on his youtube channel.

Chris finished his first solo album entitled Jazzmanic in 2006.  This album features some of Nashville’s top musicians such as Jeff Coffin, Derico Watson (Victor Wooten), and Alana Rocklin (Sound Tribe Sector 9).  In 2011, Chris released a three disc set entitled the The Surprise Trilogy (Discs 1-3), and features Jeff Coffin, Don Aliquo, Rod McGaha, Derrek Phillips, Charles Walker and the Dynamites, and several others.  The Trilogy was featured in JazzTimes, Downbeat Magazine, and several other magazines/publications across the US.  All four albums have received extensive radio play on several radio stations across the US and Europe.  He is currently working on his next album, which will feature his experimental, funky big band.

Currently, Chris can be seen leading a 9-11 piece funky jazz ensemble called The JunkYard Horns, co-leading a New Orleans style Brass Band called Halfbrass, and often does gigs under his own name in Nashville and the surrounding areas. 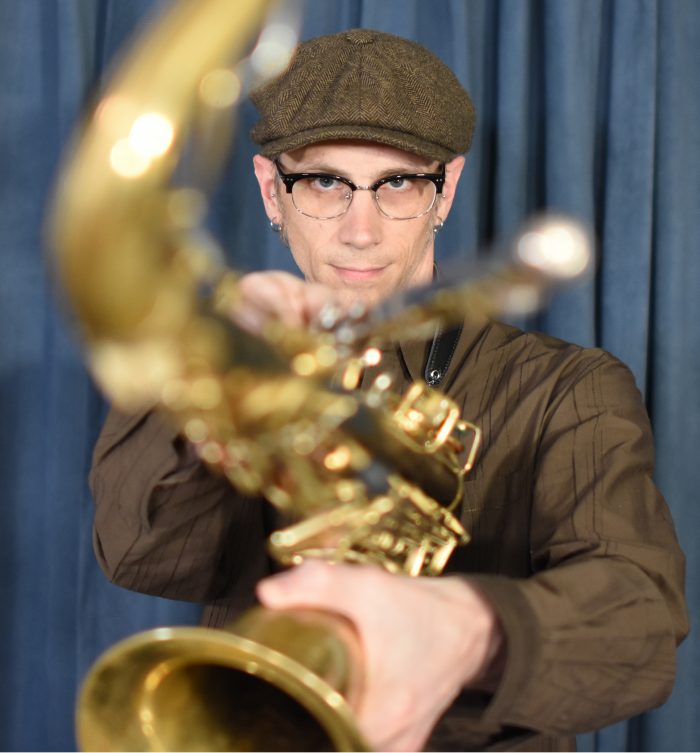