NOTE: This event has been rescheduled from February 23rd.

The exciting new series, Conversations In The Jazz Cave, begun last year, and continues for 2019 with a very special appearance by pianist Bill Pursell, interviewed by Lori Mechem. It takes place Saturday, April 6 at 8pm in the Jazz Cave at the Nashville Jazz Workshop.

Conversations In The Jazz Cave features an evening of music and conversation with one of Music City’s brightest stars, along with Nashville Jazz Workshop founder and Education Director Lori Mechem.

Bill Pursell is a composer, former session pianist, and music professor at Belmon University. He had a brief but successful career as a pop musician before continuing on as a session player. He is best known for the top ten hit “Our Winter Love.”

A pianist, arranger, and composer, William Pursell is a mainstay of the Nashville music scene. He has played jazz in Nashville’s Printer’s Alley with Chet Atkins and Harold Bradley, recorded with Johnny Cash and Patsy Cline, performed with the Nashville Symphony, and composed and arranged popular and classical music.

Pursell’s career, winding like a crooked river between classical and popular genres, encompasses a striking diversity of musical experiences. A series of key choices sent him down different paths, whether it was reenrolling with the Air Force for a second tour of duty, leaving the prestigious Eastman School of Music to tour with an R&B band, or refusing to sign with the Beatles’ agent Sid Bernstein. The story of his life as a working musician is unlike any other–he is not a country musician nor a popular musician nor a classical musician but, instead, an artist who refused to be limited by traditional categories. 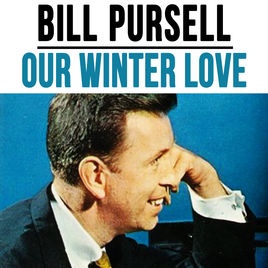