The Nashville Jazz Workshop will present the next live streaming concert direct from the new Jazz Cave, featuring pianist and composer David Rodgers. The concert takes place Friday, June 11 at 7pm CDT, and will be streamed online through Eventbrite.

David will be joined by tenor saxophonist Nic Townsend for a duo set will of original material, with special guest Emily Rodgers on cello for the final piece.
If you missed the concert on Friday you can still get tickets and watch anytime through Tuesday, June 15. See below for highlights.
The set will debut five recent compositions by David that pay homage to the flamenco music tradition. David has made a study of the intersection of flamenco and jazz, and we’re excited to hear the results — the first time this music has been performed anywhere!

California native David Rodgers is one of the most exciting talents in Nashville’s jazz scene today. Currently an active member of Keb’ Mo’s band as keyboardist, he has also recorded on numerous records including Keb’s Grammy-winning Oklahoma (2019). He has toured and performed worldwide at the Montreux Jazz Festival, North Sea Jazz Festival, and the Playboy Jazz Festival, among many others. David holds a Bachelor of Music degree from Vanderbilt University’s Blair School of Music where he pursued both classical and jazz piano performance and holds a Master of Music degree from Belmont University where he studied commercial composition.
David’s compositions have been performed and recorded internationally, including guest appearances at the 2018 Jazz Education Network’s Young Composers Showcase where the U.S. Airmen of Note played his winning big band composition, as well as in Canada where he was invited as a guest artist to the Banff Centre’s International Workshop in Jazz & Creative Music. In addition to being an active Korg-endorsed artist, he was also a finalist for ROLI’s first-ever International Next Awards for which he was invited to London to perform as a soloist.
He has released two albums as a leader: his 2017 genre-bending, debut project Songs For A Generation; as well as his 2019 album, Doorways.
Website: www.davidmrodgers.com
Social Media Links:
https://www.instagram.com/dr4j/
https://facebook.com/davidmrodgersmusic/
https://www.youtube.com/user/ddodgers030 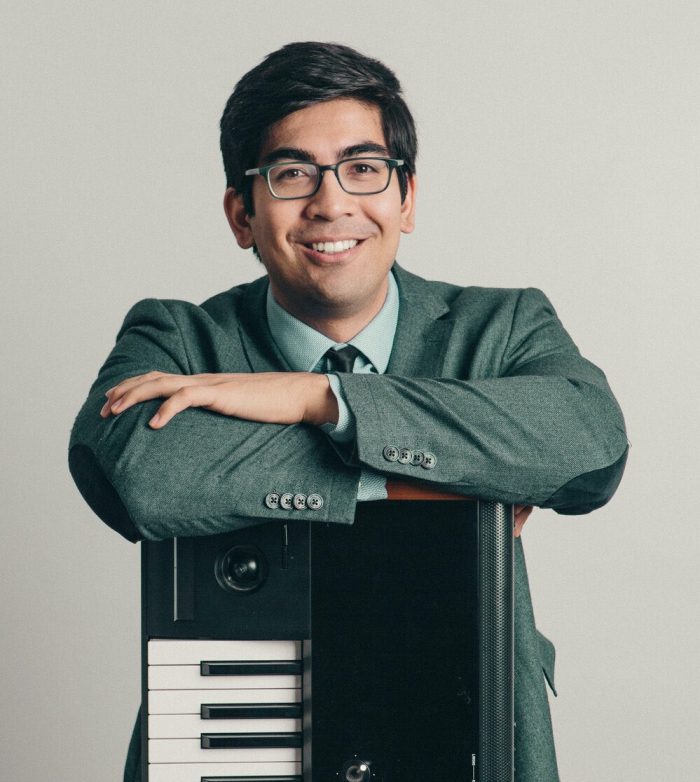