This event has been canceled, as all of the Library’s public programs and outreach has been temporarily suspended.

We’re excited to announce that on Saturday, March 21 Nashvillians have another chance to catch the puppet show “Ellingtown.” Show time is 10:30 a.m., at the Tennessee State Museum, 1000 Rosa L. Parks Blvd.

With inventive puppets of every shape and size, the show always delights young children, introducing them to the persona and music of Duke Ellington. The music is first-rate, and was recorded by Lori Mechem, Roger Spencer, Chris Brown, Denis Solee, and George Tidwell. Music consists of six Ellington classics, solos and all. If you’ve never seen 6-year olds grooving to jazz solos, you’re in for a treat! 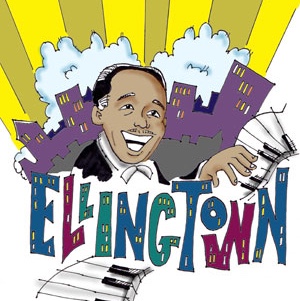