Masks are required for all patrons, with the exception of children under age 2.

Gary Brumburgh is an appealing performer whose warm voice and sensitive approach to lyrics make any engagement a superb evening of entertainment. With the release of his second jazz CD, MOONLIGHT, Brumburgh, who is already well-known to jazz aficionados in L.A. but has recently transported his home to the Nashville area, is poised to receive much wider recognition.

Brumburgh’s distinctive style always takes center stage in an eclectic mix of modern jazz tunes, songs from the Great American Songbook, and re-invented pop numbers from the 60’s and 70’s.

ABOUT FULL CIRCLE, THE CD

Broadway goes jazz! Gary Brumburgh’s third CD, FULL CIRCLE, exceptionally produced by Barbara Brighton (who also helmed his second jazz album CD MOONLIGHT in 2018) pays tribute to New York theatre and, specifically, nine of the many musicals Mr. Brumburgh performed in as a pre-millennium actor of repertory theatre, summer stock and concert venues. Songs both familiar (“Happy Talk,” “The Surrey with the Fringe on Top”) and obscure (“Why Should I Wake Up,” “Sorry-Grateful”) from such musical shows as City of Angels, Company, Cabaret, South Pacific, A Funny Thing Happened on the Way to the Forum, The Fantasticks, Celebration, Fiddler on the Roof and Oklahoma! are proudly represented here while given brand new life! Versatile arranger/pianist Jamieson Trotter offers bold, innovative interpretations of Stephen Sondheim, Rodgers & Hammerstein, Kander & Ebb and Jones & Schmidt, etc. with divine inspiration supplied by the likes of jazz icons John Coltrane, Charlie “Bird” Parker and Miles Davis. The more obscure and challenging song tracks have seldom, if ever, been touched by jazz artists. Reconnecting Brumburgh’s old musical theatre years with his present jazz life, FULL CIRCLE has been a true labor of love. 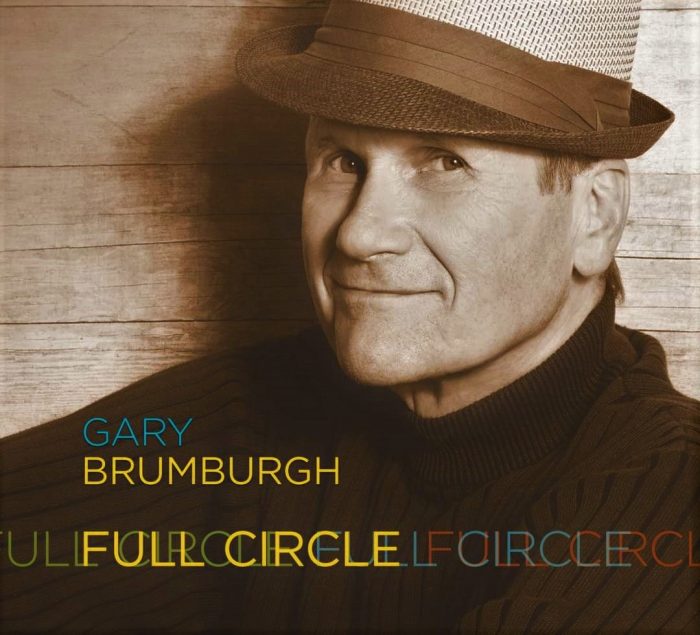