Green Daniel is an American artist, music producer, and songwriter. He splits his time between homes in Sumner County, Tennessee and Chapel Hill, North Carolina. His art is strongly influenced by his fascination with the simultaneous mix of figurative realism and abstract expressionism.

His “Musos & More” exhibit in the Jazz Cave has been an on-going exhibit since 2010. Although some pieces have been sold and replaced by new works, and the walls of images may change subjects, they remain a collective salute to iconic artists throughout the history of jazz and improvisational music. The original idea was to use a variety of artistic styles to compliment the natural diversity of the musicians being portrayed. Like jazz music itself, they are not intended to match up stylistically.

The Nashville Jazz Workshop has frequently featured the works of local painters, photographers, and designers throughout the gallery/lobby and common areas open to the public. Green was invited to select and install a new solo exhibit of non-musical works which have been created over the years – some shown in galleries locally, some shown in galleries elsewhere, and some new pieces seen here for the first time anywhere.

A personal note from the artist:

“I wish to thank the directors, staff, and patrons of The Nashville Jazz Workshop as well as the many fantastic musicians and technicians I’ve been able to know, work with, and learn from in Nashville’s recording studios. These are largely friendships which began within the walls of this wonderful institution. Please come hear them perform, buy their records, and support their efforts to keep jazz alive and well in Music City.” 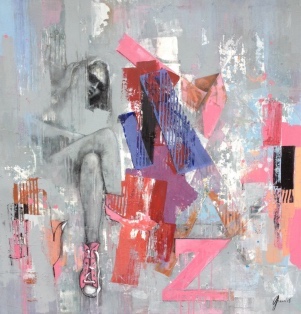 Ongoing
In the NJW Gallery