Herbie Hancock at the Ryman

“Only a handful of jazz musicians are household names. Herbie Hancock is certainly one of them.

“The 79 year-old pianist/keyboardist/composer/bandleader and actor is in his sixth decade of music making, having held down key roles in such seminal groups as the legendary Miles Davis Quintet playing on epic albums such as The Complete Live at the Plugged Nickel 1965.

“An architect of both the post-bop sound and jazz funk fusion via solo gems such as his 1962 Blue Note debut Takin’ and hard-driving electronic oriented groups such as Mwandishi and Head Hunters, Hancock was an early adopter of instruments unheard in jazz such as the Fender Rhodes and Hohner Clavinet. This carried into his embrace of synthesizers on such seminal recordings as Rockit from 1983s hip-hop heavy album Future Shock.

“[Herbie notes that] ‘My new record, I’m working with a lot of young people including Terrace Martin (To Pimp a Butterfly), SoundWave, Kamasi Washington, Snoop Dogg and several other artists . . .’ He hopes to bring some parts of the new album out in the next few months and says that some of the elements that “form a part of the heart” of the recording will turn up in his new tour. “ 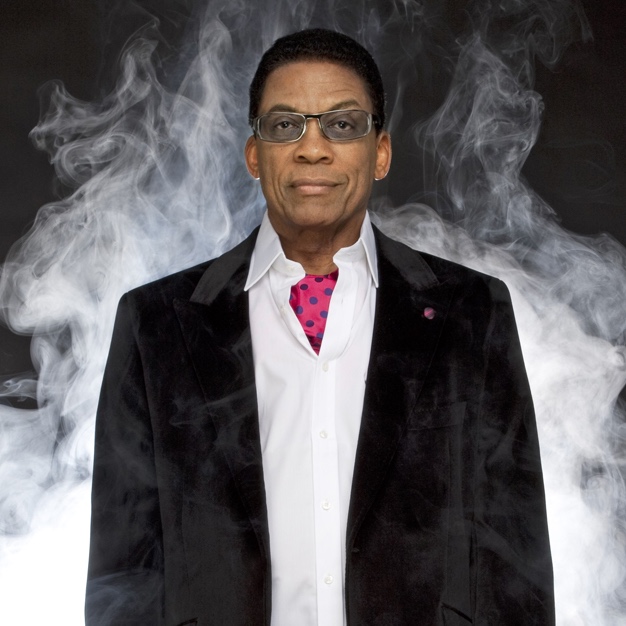