While we’re all practicing social distancing and live performances are on hold, here’s a gift from the Nashville Jazz Workshop. Jazz From Home is a curated series of live performances from some of the city’s finest established and emerging jazz artists. The series will feature some names you know and some you don’t know, with a variety of music limited only by the ingenuity of the artist.

The next program in the series features a solo performance from Chris West in a 45-minute concert recorded live in his home. The concert will be streamed on YouTube Live. Join us on YouTube Wednesday, April 15 at 7pm for this great concert!

Here’s the link to the live stream: https://youtu.be/FIBVqebQj-0

Aside from being a busy player, Chris is also a composer and arranger.  He has had original songs placed in several TV shows including the Originals (CW), Togetherness, Queen Sugar (OWN), Star (Fox),  The Marvelous Mrs Maisel (Amazon), and Black-ish, as well as several commercials.  Chris currently has a home studio where he works arranging and recording horns and strings.  Aside from working with others on their projects, Chris stays busy recording his originals as well as creating unique arrangements of cover songs, many of which can be seen on his youtube channel.

Chris finished his first solo album entitled Jazzmanic in 2006.  This album features some of Nashville’s top musicians such as Jeff Coffin, Derico Watson (Victor Wooten), and Alana Rocklin (Sound Tribe Sector 9).  In 2011, Chris released a three disc set entitled the The Surprise Trilogy (Discs 1-3), and features Jeff Coffin, Don Aliquo, Rod McGaha, Derrek Phillips, Charles Walker and the Dynamites, and several others.  The Trilogy was featured in JazzTimes, Downbeat Magazine, and several other magazines/publications across the US.  All four albums have received extensive radio play on several radio stations across the US and Europe.  He is currently working on his next album, which will feature his experimental, funky big band.

Currently, Chris can be seen leading a 9-11 piece funky jazz ensemble called The JunkYard Horns, co-leading a New Orleans style Brass Band called Halfbrass, and often does gigs under his own name in Nashville and the surrounding areas. 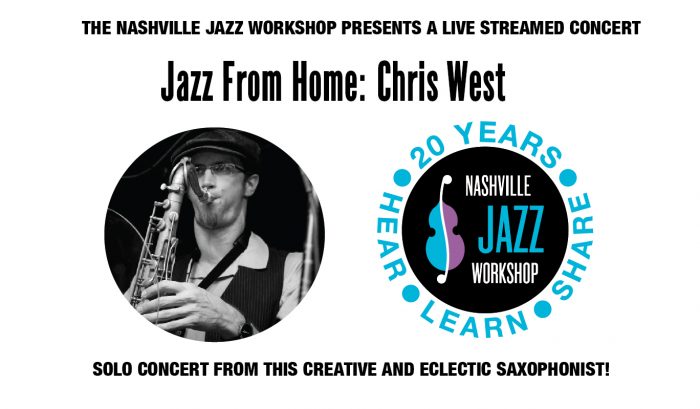