Jazz On The Move: Life & Music of Al Grey

Join us Sunday, October 2nd at 3pm at The Frist Art Museum for The Life and Music of trombonist Al Grey presented by Roland Barber. Doors open at 2:15pm.

Each installment of Jazz on the Move features a lecture and performance highlighting a major figure or period in jazz history. Presented by Nashville’s top jazz artist/educators, the series offers audiences world class music as well as an opportunity to learn more about jazz. This event is free to the public. Space is limited; please arrive early (before doors) to ensure access to the event.

Albert Thornton “Al” Grey was born on June 6, 1925 and was raised in Pottstown, Pennsylvania. Al began playing a few different instruments as a youngster, and it was during service in World War II that he finally settled on the trombone. After the war he began playing and recording with Benny Carter’s Big Band, and then with Lionel Hampton’s band (1948-1952), where he began using a plunger as a mute to create a vocal, conversational approach to his solos.  This innovation would become a signature of Al’s, and his playful improvisations won over audiences around the world.   He also worked as a studio musician for Decca in the early 1950s. As the big band age came and went, Grey worked with a variety of small groups, also appearing with the Count Basie Orchestra between 1957 and 1961.  He left it briefly and then returned from 1964 to 1977. After that, he again played and recorded with a variety of ensembles, leading his own groups and being a sought after sideman.  Al will be remembered by many for his humour and soulfulness, infectious swing feel, and the trademark “mile-wide” smile – all of which served to make Al a  memorable performer .  Al was a communicator on the highest levels and a pure master of storytelling and expression!
Roland adds, “few musicians have impacted my artistry the way that Al Grey has.  His attention to detail, timing, and raw communication knocked my out from the first few notes I ever heard him play! His efforts shaped my early aspirations and I can tell you,  anyone seeking to follow after his style will aquickly realize that, while his music is brimming full of spirit and vitality, it’s not for one second at the expense of saavy expertise and veteran know-how.  I am thankful that I had the pleasure to be in his audience, to shake his hand, and to hear his wise advice!  Just Like Al’s personality came across to me, you can expect this performance to be lively, intriguing, funny, and heartfelt. It’s an honor to present this man’s music and celebrate his legacy.” 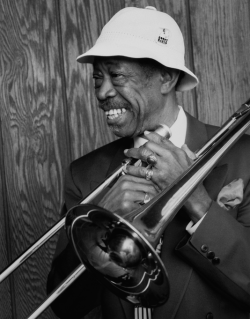 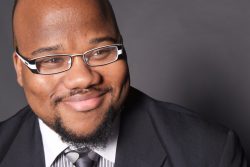 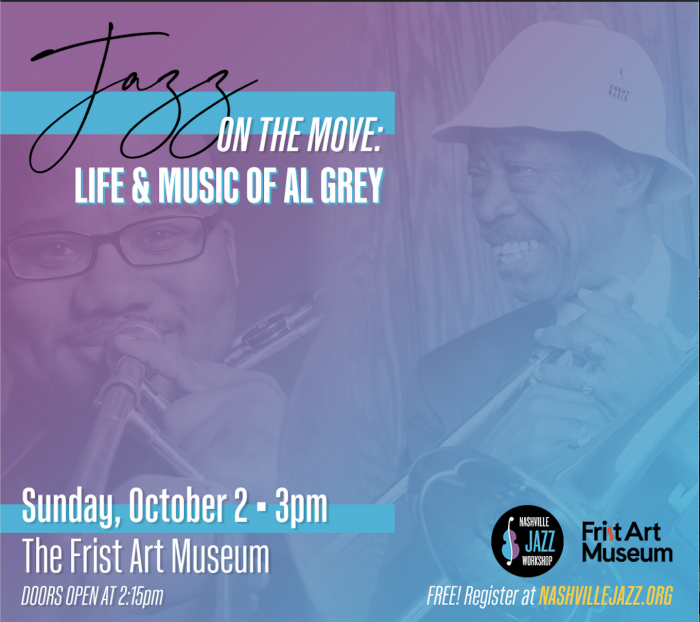