Jazz On The Move: The Life & Music of Bessie Smith

Jazz on the Move Series

The Nashville Jazz Workshop, in cooperation with the Tennessee State Museum, will present a streaming lecture/performance Sunday, October 11 at 3:00 pm CDT, in a continuation of the Workshop’s popular community outreach series, Jazz on the Move.

The program will focus on The Life and Music of Bessie Smith, and will be led by vocalist Crystal Miller. The recorded program will be streamed on the Nashville Jazz Workshop’s YouTube channel. Subscribe to our channel.

Bessie Smith, who grew up in Chattanooga, Tennessee, was one of the most popular blues singers of the 1920’s and 1930’s. Dubbed the “Empress of the Blues,” she is considered one of the greatest singers of her era and the first African American superstar.

Crystal Miller is a popular and engaging vocalist who delights audiences around town. A talented singer, she honed her skills at the Nashville Jazz Workshop and currently performs as a professional in community venues. She’ll be joined by Lori Mechem (piano) and Rod McGaha (trumpet).

The Nashville Jazz Workshop, was in the midst of the 14th season of this popular jazz series when the COVID-19 pandemic forced the cancellation of live performances.

Jazz on the Move is a series of programs, each featuring a lecture and performance highlighting a major figure or period in jazz history. Presented by Nashville’s top jazz artist/educators, the series offers audiences world class music as well as an opportunity to learn more about jazz.

The remaining three programs will consist of new video recordings to be streamed in partnership with community organizations.

The first of these is set to stream on Sunday, October 11 at 3pm in partnership with the Tennessee State Museum. The program will focus on the life and music of blues great Bessie Smith. It was originally scheduled to be performed live at the Museum in August to commemorate the Women’s Suffrage Centennial. It will instead be streamed on YouTube to patrons of the Museum and the Jazz Workshop and open to the entire community free of charge.

Brigette Jones, the Museum’s curator of social history, will be in the chat room during and after the performance to offer views and facts on Bessie Smith, her life, and her connections to Tennessee.

Sponsors for the Jazz on the Move series are The Community Foundation of Middle Tennessee, the Carolyn Kulkin Fund for Education and Community, Peter & Anne Neff, Caterpillar Financial Services, Arkiv Jazz, and New City Properties. 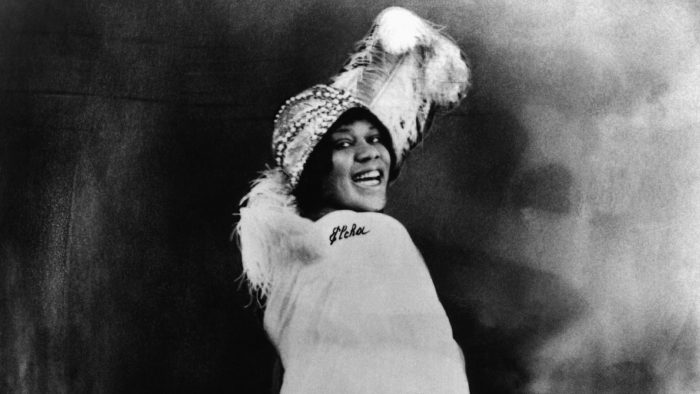