The Jefferson Street United Merchants Partnership (J.U.M.P.) is converting this summer’s Jefferson Street Jazz & Blues Festival to a virtual event. To celebrate the festival’s 20th anniversary, a virtual concert featuring live music performances honoring the impact of diverse music in Music City (during Black Music Month) will be held on June 20 at 8:00pm via Facebook Live.

“In unprecedented times, our first priority is to ensure the health and safety of our team, our performers and our guests, so we have postponed this year’s in-person music festival,” said Sharon W. Hurt, president and CEO of J.U.M.P. “On this, our 20th anniversary, we are dedicated to continuing to celebrate Nashville’s diverse music history, including the soul-filled sounds found in the night clubs along Jefferson Street and the growing awareness of the musical diversity of our great city.”

“Many businesses along the Jefferson Street corridor are still trying to determine next steps and how to recover from the tornado,” said Hurt. “Economic disparities, coupled with COVID-19, has impacted so many, with several businesses trying to decide whether to re-open or not. Mary’s Barbecue and Sliver Sands Café sustained roof damage, Fifteenth Avenue Baptist Church had extensive damage and of course Music City Cleaners, The Lab, J.U.M.P., and StreetWorks no longer have access to what are now our former offices.” 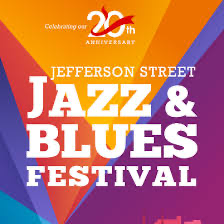