The Lori Mechem Trio is back in the Jazz Cave at the Nashville Jazz Workshop with special guest, drummer Jeff Hamilton. See the trio live, in concert Sunday, April 24th, 2022 at 3:00pm.

Originality is what versatile drummer Jeff Hamilton brings to the groups he performs with and is one of the reasons why he is constantly in demand, whether he is recording or performing with his trio, Oscar Peterson, Ray Brown, the Clayton Brothers or co-leading the Clayton-Hamilton Jazz Orchestra. Jeff’s recording, It’s Hamilton Time (Lake Street Records), received enormous airplay while reaching #5 on the Gavin national jazz radio chart. His trio’s second release, Jeff Hamilton Trio-LIVE! (MONS) was nominated by critics for best jazz recording in Germany in 1997. The trio’s second MONS release was entitled, Hands On. Hamilton House-Live at Steamers (MONS) was the trio’s 2000 release. As well as recording and performing throughout the world, Jeff also teaches, arranges and composes. 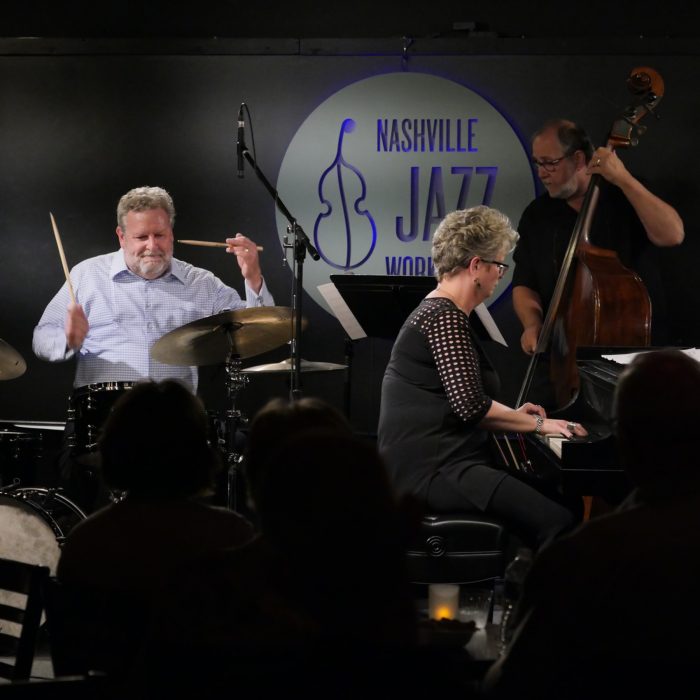