The Greg Bryant Expansion appears in concert at Nine48jazz Saturday, November 9 at 7pm. The event is a fundraiser for the Nashville Jazz Workshop’s Charles H. Dungey Jr. Scholarship Fund. The event is BYOB and BYOF and admission is a $20 minimum donation.

This will be the first concert in several years at Nine48jazz, an intimate house concert venue with a devoted following and a distinguished presenting history. We’re delighted to see it back in action and for such a good cause!

Charles Dungey was a beloved bassist, vocalist, and educator who taught advanced vocal classes at NJW from its founding until Charles’s untimely death in 2003. He had a rich and varied career, working as a professional bassist with Sammy Davis, Jr., Pearl Bailey, and many others; returning to Nashville in the 1970’s to complete his education and become the first African American to perform with the Nashville Symphony; and finally, teaching at TSU and directing the jazz band, and teaching and performing at the Nashville Jazz Workshop. One of the most sought-after jazz bassists in town, Charles was famous for his strong groove and his ability to elevate any group with whom he performed. Also a powerful vocalist, Charles was known for his ability to raise the energy in any room and close a set like no one else.

Following Charles’s death his family established a scholarship fund in his name at NJW for promising bassists and vocalists in need of financial assistance to pursue their jazz studies. For over 15 years the Dungey Scholarship has provided support to countless students, many of whom are working professionals today. 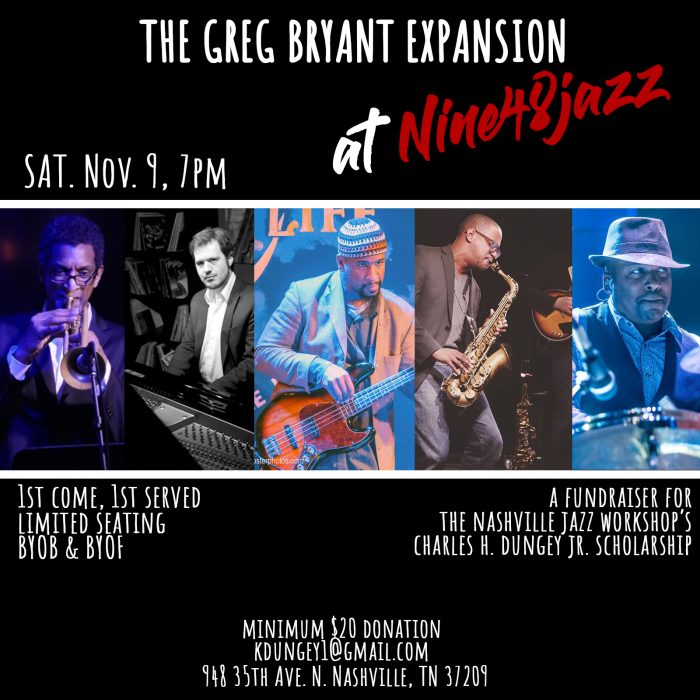