Join Paula Chavis and her quartet as she performs in the brand new Jazz Cave at the Nashville Jazz Workshop. Doors open at 6:45pm, show starts at 7:30pm. This show is one set. All tickets are available on www.nashvillejazz.eventbrite.com

All persons inside the venue must be vaccinated and show their vaccination card, ID, and ticket at the door. Review our current covid protocols.

Popular Nashville vocalist Paula James Chavis defies category. In a world where it’s a rite of passage for pop divas to make an attempt at jazz standards, usually with uneven results, she’s a bit of an anomaly: a singer with certifiable pop and R&B credentials who can step up to the mic, count off an Ellington or Basie tune and nail it. How can this be?

As Paula explains, it was her father’s record collection. When she was young the family seldom out went out. Between the ages of 6 and 13 much of her time at home was spent with records of Ella Fitzgerald, Sarah Vaughan, Nancy Wilson, and Nat King Cole, her teachers in what was to become her first language. Pop and soul came later, in the form of Tina Turner, Etta James, Luther Vandross (“I learned to breathe from him”) and Aretha Franklin. This musical versatility became the hallmark of her musical career, but jazz was the foundation.

In the 1980’s she teamed up with bassist John Birdsong and started performing jazz in clubs around town. Next came a 24-year stint with Sam Levine, who led an ensemble of top-notch musicians in a successful society band. Along the way her range of projects has included radio and TV commercials, background vocals, stage productions, and even a Super Bowl halftime appearance! In 2014 when Levine stepped down as a bandleader she returned to working with Birdsong and his trio, performing in clubs and concert series, and private events.

Her 2019 appearance in the Jazz Cave was arranged by Birdsong, longtime friend of the Jazz Workshop. (John is also a past recipient of the NJW’s Heritage Award for his contributions to the jazz community and his support and mentoring of up-and-coming musicians.) Joining bassist Birdsong were a pair of outstanding musicians who are members of his working trio, pianist Bryan Harrison and drummer Wendell Henry, along with guitarist Geary Moore, who added extra spice to the mix with his tasteful comping and Wes Montgomery-inflected solos. 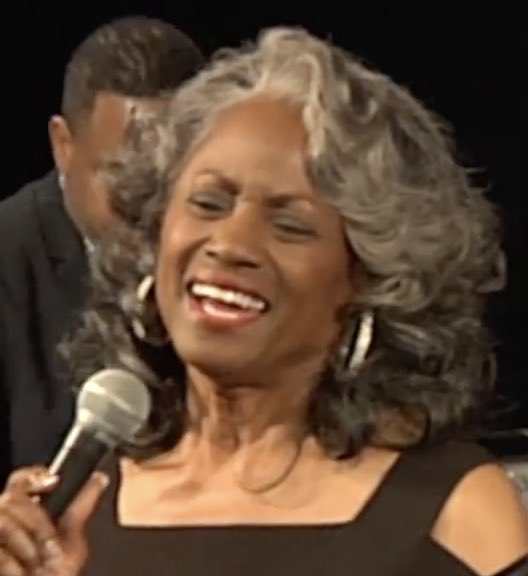