Please join us on Friday, March 29 as we welcome back to the Jazz Cave NYC-based brothers Peter and Will Anderson. The duo made their Nashville debut last May at the Jazz Workshop. Their performance was a tour de force, so we had to have them back!

Peter and Will Anderson are one of the most extraordinary set of brothers performing music today. Known for their unique renditions of classic jazz songs and innovative original music, they hail from Washington, DC, but moved to New York City to attend Juilliard. Peter and Will have performed with the Jimmy Heath Big Band, Lincoln Center Jazz Orchestra, Village Vanguard Orchestra, Wycliffe Gordon, Cecile McLorin Salvant, Paquito D’Rivera, Kenny Barron, Bob Wilber, and Albert “Tootie” Heath.

Félix Lemerle (pronounce fe-leeks luh-murl) is a New York City-based jazz guitarist, composer & educator. Born in Paris, France, the son of an upright bass player, he was exposed to jazz at an early age. After studying classical piano at the conservatory, he taught himself guitar in his teens and started performing around town and in Europe in various clubs and festivals. He graduated from the CRR de Paris, then was granted a Fulbright scholarship to CUNY Queens College in New York, where he got his Master in Jazz Performance.

Policies: The Jazz Cave is a BYOB establishment, with no alcohol or food service. You are free to bring alcoholic beverages and snacks. We sell soft drinks and bottled water. The Jazz Cave is a listening room, and we ask patrons to keep conversation to a minimum and silence cell phones. Flash Photography, and Audio and video recording is prohibited. 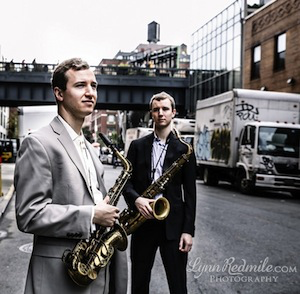