The Spontaneous Comedy Company performs on the new “Spotlight Thursday” series in the Jazz Cave at the Nashville Jazz Workshop on Thursday, December 15th, 2022 at 7:30pm CST (Doors at 7:00pm).

The new Thursday series features artists not ordinarily seen in our weekend concerts, and this zany improv comedy troupe is just one of the unpredictable bookings to come!

The Spontaneous Comedy Company is a powerhouse of professional actors who take on the challenge of instantaneous live performance based on suggestions from the audience.

At the December 15 show coming up at the Nashville Jazz Workshop, SCC’s Frank Rains Jr., Carolyn German, Marin Miller, and Josh Childs will combine their comedic, theatrical, and musical talents for a surprise-packed performance full of wit, charm, and plenty of laughs.

And with jazz pianist Kevin Madill at the keys, this group dials-up improvisation to the max.

Nashville’s premiere improv comedy group is made up of Jackie Welch-Schlicher, Frank Rains Jr., Carolyn German, and Josh Childs, with Kevin Madill on the keyboard. Spontaneous Comedy has been bringing instantaneous comedic performances to Nashville audiences since 1998. With combined professional experiences that run from Musical Theater to Jazz, from Feature Film to National Commercials, and include writing, directing, performing, film-making, composing, and some serious goofing-off, it is no surprise that SCC has such a dedicated following. The Spontaneous Comedy Company keeps it PG-13. (Which is tougher for them, but lots wittier, and isn’t that what it’s all about?) 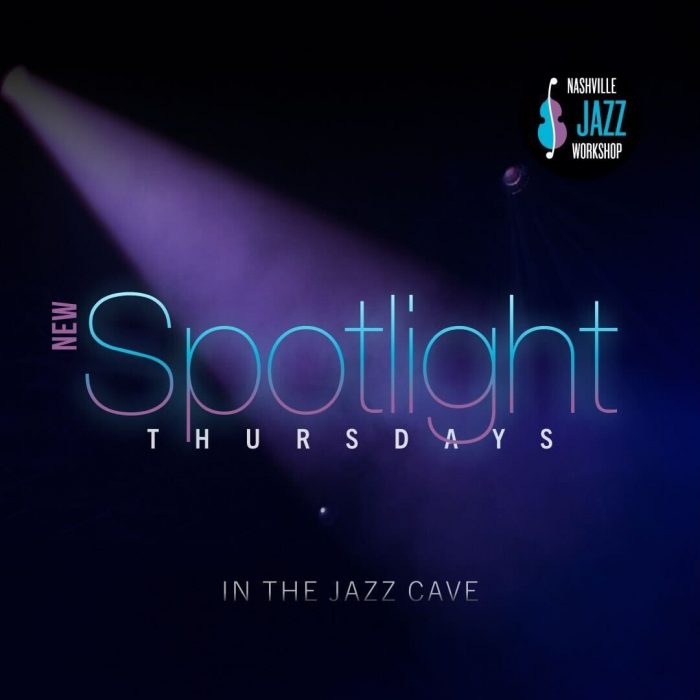