Chip Henderson is a jazz guitarist, composer, arranger and educator. Besides teaching at NJW, Chip is on the faculty of Middle Tennessee State University where he teaches jazz and commercial guitar. Chip has spent time on stage with many notable musicians like Ernie Watts, Bill Mobley, Mulgrew Miller, Alvin Fielder, George Cartwright, Ron Eschete and Mundell Lowe, and performs in major productions and symphonies including: Jazz Orchestra of the Delta, the IRIS Chamber Orchestra, the Memphis Symphony, and the Jackson Symphony (TN). His ability to double on other stringed instruments has allowed Chip to perform in the pit orchestras for the touring productions of Chicago, Monty Python’s Spam-a-Lot, The Lion King, and High School Musical. Along with his performance and teaching schedule, Chip is a freelance writer/ arranger for Hal Leonard’s Jazz Guitar Division and a regular contributor to Premier Guitar Online and Just Jazz Guitar Magazine. Chip holds both a BM and MM from The University of Memphis. 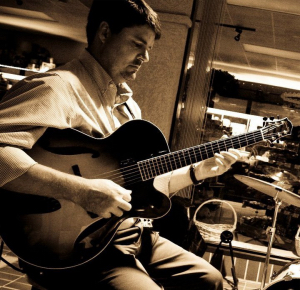