Dann is one of the south’s most sought after percussionists, and is a Latin Jazz and Contemporary Rhythm and Blues percussionist and drummer. He is an expert in Afro-Cuban and Brazilian drumming, and has an encyclopedic knowledge of these styles. He has performed with Michael English, Mel Tillis, Armando Perazza, Mose Allison and Arturo Sandoval. Dann performs and records with several groups in Nashville, including Al Delory and Salsa En Nashville, Lori Mechem and Ritmos Picantes, Som Brasiliero, and most recently Trabuco, a salsa band. Dann teaches a Cuban Music Ensemble and a Brazilian Music Ensemble at NJW. He is also the director of the Music City Samba, Nashville’s first authentic Escola de Samba. 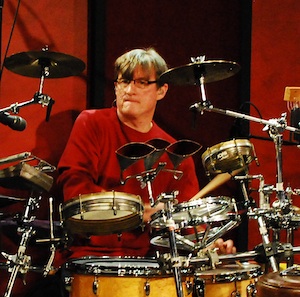