Vocalist and songwriter Dara Tucker is making her mark in the world of organic, heartfelt music by blending the melodic and lyrical richness of the central plains with the soulful strains of the African American experience. She has recently relocated to New York, NY after living in Nashville, Tennessee for several years.
Dara co-wrote the title track to “Oklahoma”, the Grammy-winning “Best Americana Album” for blues and Americana artist Keb’ Mo’. As an independent artist and bandleader, Dara has toured nationally with her own bands and with Charlie Hunter’s group. She’s opened for Grammy-winning Jazz vocalist Gregory Porter, appeared on NPR’s Jazz Night in America, was featured on The Tavis Smiley Show on PBS, won the Johnny Mercer Foundation Award, the Ben Tucker Jazz Award and the silver medal in the American Traditions Vocal Competition and captured “song of the year” and “jazz vocalist of the year” awards at the Nashville Independent Music Awards. She was also named “Best Jazz Vocalist” by Nashville’s premiere arts publication, “The Nashville Scene”. 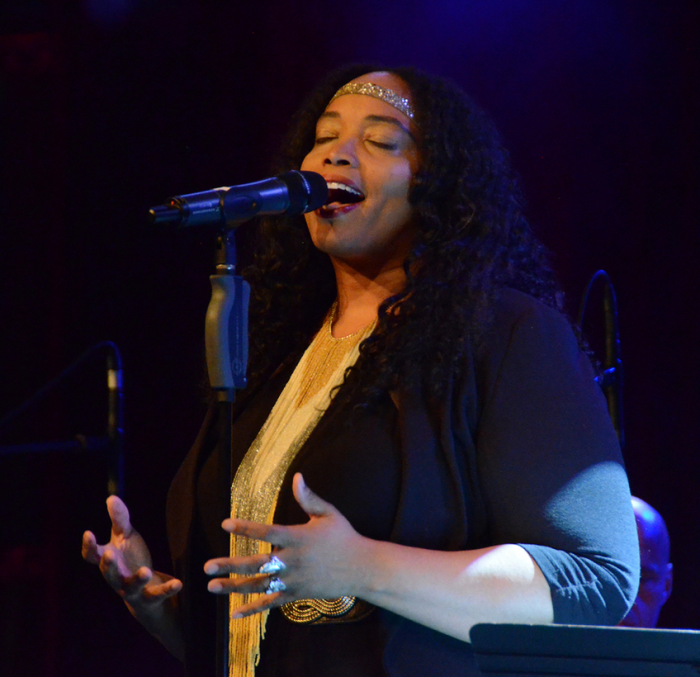