Saxophonist Don Aliquo has been described as a musician with a “fluid and articulate flow of always surprising ideas, sophisticated with a dexterous technique and an incredibly smooth tenor sound that seduces rather than shouts.” His career began in jazz-rich Pittsburgh, where he grew up listening to and learning from the city’s jazz legends while following in the footsteps of his father, a well-respected jazz artist.

Since 1999, Don has held a faculty position at Middle Tennessee State University near Nashville, where Aliquo is Director of Jazz Studies and Professor of Saxophone. In the Nashville area, Don has performed in concerts and/or recordings with Gary Burton, Greg Osby, Rufus Reid, Pete Christlieb, Scott Robinson, and Marvin Stamm.

Don is an in-demand clinician, presenting concerts and clinics throughout the United States and is honored to represent Vandoren (reeds and mouthpieces) and P.Mauriat (saxophones) as an artist/clinician. 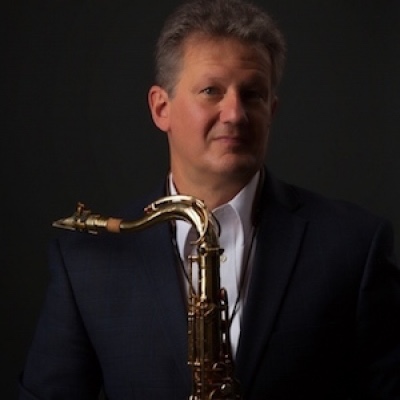