James DaSilva is a session guitarist, composer, and educator living in Nashville, TN. He is a recent graduate of Belmont University with a Bachelor’s degree in Music Business. While in school, James played electric guitar in some of the school’s top music ensembles under the direction of Dr. Jeff Kirk (Maynard Ferguson) and Rahsaan Barber. He has enjoyed various honors and awards throughout his young career including Grammy Camp 2007 Full Scholarship winner and 2007 Thor Johnson Music Scholarship winner.

As an educator, James maintains a busy schedule teaching private students encompassing all styles and techniques. He has been an instructor at The Jam Summer Music Camp since 2008, where he coaches rock groups and provides genre-based clinics. James has been involved with the Fine Arts Summer Academy (F.A.S.A) since 2009, where he instructs guitar ensembles and provides private lessons with students. In addition, James has been a faculty member of the Conservatory of Annie Moses in Nashville, TN since 2013, where he has teaches composition & arranging, classical guitar, and jazz improvisation. 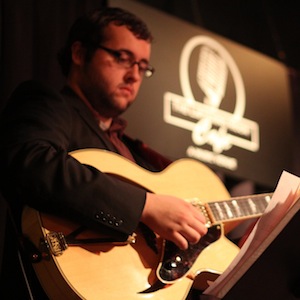