Joe Davidian was born and raised in Vermont, where he first learned classical piano and then was introduced to jazz by his father. Joe played gigs in Vermont while in school and began teaching at a young age. Joe received his Bachelor’s and Masters degrees (in 2003 & 2005, respectively) in Jazz Piano Performance from the University of Miami in Florida. He served as teaching assistant in the jazz department while working on his graduate degree. Joe has released three albums under his name. The first, “For The Birds” [1999] was released while Joe was still in high school, winning critical acclaim in local media; “JD3: Live” [2001] captures an exciting live concert performance; and the most recent, “Silent Fire,” [2005] features mostly original compositions. Joe has performed at numerous festivals, including Festival Miami, Discover Jazz Festival, and the Ballydehob International Jazz Festival in Ireland. He has opened for Jane Monheit, Dianne Reeves and Danilo Perez, and has backed a “who’s who” of jazz artists, including Dave Liebman, Carmen Lundy, Duffy Jackson, Kevin Mahogany, Bob Mintzer, and Ira Sullivan. In addition to his classes at the NJW, he tours nationally and internationally with his trio, teaches adjunct piano at Belmont University and also maintains an extensive private teaching studio. 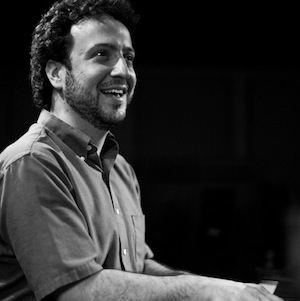