Since earning a Master’s Degree in Jazz Performance from Manhattan School of Music in 2005, Rahsaan Barber has set out on a singular path of musical excellence in performance, composition and education. Residing proudly in his hometown of Nashville, Tennessee, Barber enjoys a career that encompasses an ever-expanding range of musical styles including his first love – jazz, as well as blues, funk, classical, fusion, soul, Latin and World music. Rahsaan’s passionate, sincere and studious approach to music-making has garnered professional appearances onstage with heavyweights including the The Temptations, Delfeayeo Marsalis, Shelly Fairchild, Duffy Jackson, Winard Harper, Kirk Franklin, Bobby Sanabria, and the Wooten Brothers. The saxophonist has performed on many of the world’s most prestigious stages for jazz including the Village Vanguard, Birdland, Lincoln Center, the Kennedy Center, and at The Montreux Jazz Festival. Rahsaan Barber has joined the ranks of the rising jazz stars as leader of his own band, Everyday Magic, and as co-leader of Latin Jazz Septet El Movimiento. In addition, he has built a reputation as a standout jazz producer with the founding of his record label, Jazz Music City, in August of 2011.  The label launched with the release of Everyday Magic, an album featuring his Nashville-based quintet. The album was awarded the rare honor of selection as an Editor’s Pick by Downbeat Magazine along with receiving high praise from both critics and audiences alike. Since the release of Everyday Magic, Barber has worked as “producer” for many of Nashville’s rising artists including singer/songwriter Stephanie Adlington, trumpeter Imer Santiago and hip hop brass band The Megaphones.

Rahsaan Barber is also an accomplished and in-demand music educator. In August of 2005, at the young age of twenty-five, Barber was hired by Belmont University to teach the celebrated music school’s saxophone studio at the young age of twenty-five. Promoted to full-time instructor for the last three years of his six-years of instruction at Belmont, Barber taught a wide array of courses including private lessons, improvisation, classical and commercial ensembles, and performance seminars. In 2013, Barber was hired by Tennessee State University to teach private saxophone lessons and the school’s classical saxophone quartet. While currently focusing his energies towards musical performance and composition, as well as the development of his record label, Jazz Music City, Rahsaan remains a sought-after private instructor and clinician at the collegiate level, having presented master classes for students at numerous educational institutions including Belmont University, Lipscomb University, the Nashville Jazz Workshop, Tennessee State University, the University of Louisville, the University of Memphis, and the University of North Carolina. Rahsaan Barber is a Yamaha Performing Artist and proudly endorses Yamaha saxophones. Barber is also quite active in the greater jazz community of Music City, serving on the board of the Tennessee Jazz and Blues Society and the Advisory Board of the Nashville Jazz Workshop, as well as volunteering for Fisk University’s radio station, WFSK (88.1FM) as host of “Generations In Jazz,” an hour-long weekly radio show airing on Monday nights at 7pm CT. 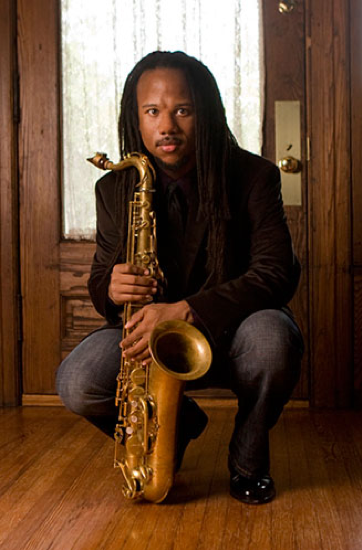