Raised in the “Windy City”, Rod’s incredible jazz trumpet playing has taken him through all of the major U.S. cities and many cities over seas. He has performed with such artists as Lou Rawls, The O’Jays, Bebe and Cece Winans, Take 6, Kirk Whalum, and Max Roach and his Brass Quintet. Rod studied music at DePaul University in Chicago, where he studied under jazz great Clark Terry. Rod and his family moved to Nashville in the early 90’s and has been very successful with studio work, club dates, and with his own solo projects. 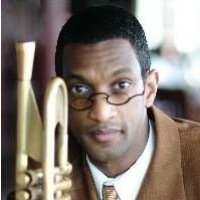