Originally from Terre Haute, Indiana, Roger has had an extensive musical career. He has performed, traveled and recorded with such artists as Les Brown and His Band of Renown, Harry James, Rosemary Clooney, Sam Butera, Tony Bennett, Ray Conniff, Eddie “Lockjaw” Davis, Terry Gibbs, Buddy DeFranco and Carl Fontana. He and his wife Lori Mechem moved to Nashville in 1988 where he records, performs, and teaches. Roger attended Indiana University, studying under David Baker in Jazz Studies, and graduated from Indiana State with a Bachelor of Music Education degree. Besides performing and recording with Lori, Roger is a longtime member of the Beegie Adair Trio, and is also on the faculty at Vanderbilt’s Blair School of Music. Roger and Lori founded and direct the Nashville Jazz Workshop, where Roger is Artistic Director. 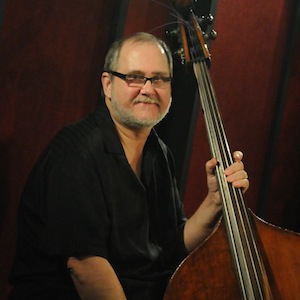