Jazz Vocalist, Sandra Dudley is a versatile singer that has entertained audiences for more than three decades.  An educator as well as performer, Sandra has been on the faculty at several universities including St. Francis Xavier University in Canada and University of Houston.   She has been Assistant Professor of Commercial Voice at Belmont University in Nashville, Tennessee since 1995 where she teaches commercial voice and seminars, jazz vocal styles, and graduate courses in commercial music and jazz.  She serves as commercial vocal coordinator in the voice department.  She was the director of Belmont’s Jazz Vocal Ensemble, “Jazzmin” from 1995-2008. She is a clinician nationwide for  commercial and jazz vocal events.  She is also on the emeritas faculty of the Nashville Jazz Workshop, a nationally recognized jazz school.

Sandra has sung with many jazz ensembles including The Nelson Riddle Orchestra, The Jazz Orchestra of the Delta, and the Tennessee Jazz Orchestra.  She has performed with Fred Hersch, Marvin Stamm, Dave Catney, Bobby Militello, Barney Kessel, husband Bruce Dudley and many others.  Sandra has been the featured soloist with the Nashville and Memphis Symphonies, and has been heard on American Public Radio, National Public Radio, the Canadian Broadcasting Corporation and American Jazz Stations.

In 1998 she was among the winners of the JAZZIZ Magazine’s Vocals on Fire Songwriting Competition with her song, “Billie”. She can be heard on the CD “Big Band Reflections of Cole Porter” with The Jazz Orchestra of the Delta on the Summit Label.  Her first solo album, “Close To You” was released in 2004.  She can also be heard on the album entitled, “Last Night When We Were Young:  The Ballad Album” produced by New York jazz pianist Fred Hersch and put out by Classical Action, a label based in New York.  Sandra can be heard frequently in jazz clubs and in concerts throughout the United States.  Sandra is a member of Nashville’s premier jazz vocal quartet, “3rd Coast Vocals”.  They released their debut CD in November, 2011.  The CD was recognized by the Nashville Scene as one of the best CDs of 2011.  One of Sandra’s most memorable recording projects, “All Of My Life”, was a tribute album to lyricists Alan and Marilyn Bergman with friend and jazz pianist, Lori Mechem released in November 2014 on the Cognito Label.

Recently, Sandra has given lecture/performances on the legendary jazz vocalists, Ella Fitzgerald, Carmen McRae and Sarah Vaughan on the “Jazz on the Move” series at the Frist Museum of the Arts.  She recreated the infamous “Ella and Louie” recording of 1956 at NJO as part of the “Great Recordings Series” in 2019 and is working on a new album project with husband/jazz pianist Bruce Dudley. 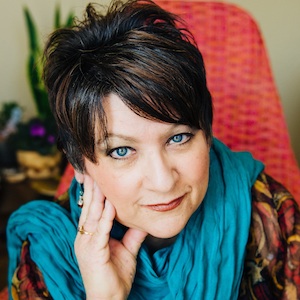