Seth Weaver has rapidly established a reputation as one of the most exciting new jazz names on the NYC jazz scene. Whether though his brilliant improvised trombone solos, rich baritone vocals, original compositions, or his dedicated teaching, his passion for music and unique talent shines through. Seth’s latest project is a big band album titled “Truth,” slated for release in March 2020, and will be showcased at Birdland in an April 2020 concert.

Weaver has performed at Dizzy’s, Carnegie Hall, Kennedy Center, and Bass Performance Hall, to name a few, and has performed in Amsterdam and Dublin. He has shared the stage with Ben Folds, Alfredo “Chocolate” Armenteros, Larry Harlow, Bucky Pizzarelli, Michael Dease, Ulysses Owens Jr., Adam Neely, Luis Bonilla, and Manhattan Transfer. He was featured as a guest artist with the New London Big Band, and served as artist in residence at Millersville University. He appeared on TV for “An American Big Band Christmas,” broadcast nationally. In July of 2020, he will present a masterclass at the International Trombone Festival in Osaka, Japan. In spring of 2020, he will embark on a month long tour of Uzbekistan and Almaty, Kazakhstan with Aberdeen, a tour funded by the US State Department and the International Jazz Festival in Uzbekistan.

As a bandleader, Seth’s seventeen-piece swing orchestra is comprised of some of the most exciting young musicians in the New York jazz scene. They have performed at numerous venues around New York City, including The Iridium, Swing 46, Club Bonafide, the APAP Showcase, Shapeshifter Lab, American Beauty, St. Peter’s Church, and many others. Described as “big band swing with a modern twist,” the group has a monthly residency at The Gin Mill.

Seth is a sought after composer and arranger and his music has been performed all over the world. His brilliant composition “Frost” debuted at Carnegie Hall in 2018, as did his composition “The Hudson,” in 2016. He composed the original score for the off-Broadway play, “For What It’s Worth.”  Seth’s transcription and analysis of Michael Dease’s album “Coming Home” is available through Warwick Music Publications.

Weaver’s multifaceted musicianship has made him a coveted educator. He began his private studio in 2010, he is on the faculty at the Larchmont Music Academy, and has taught at the New York Jazz Academy. He teaches trombone, voice, piano, and composition/arranging. His students have won numerous local and national competitions, and have performed at Madison Square Garden and Carnegie Hall.

Originally from Tennessee, Seth’s talent has been recognized throughout his career and he has received numerous awards. While in high school, he played and sang with the Blair School of Music Jazz Band, and another local big band. While an undergraduate, he won the Downbeat Student Music Award for Best Vocal jazz soloist. He went on to win the Downbeat Student Outstanding Performance Award as a Vocal Soloist in the graduate category in 2014. He was the winner of the Texas State Jazz Trombone Competition and was one of three finalists in the International Trombone Association’s Carl Fontana Jazz Competition two years in a row. He won the American Trombone Workshop’s National Jazz Competition in 2017.

In addition to his big band album release, Seth has a Big Band EP and a single titled “Isle of Skye” for an Irish fusion project in the works. When not playing music, teaching or composing, he enjoys cooking, working out, camping and hiking. 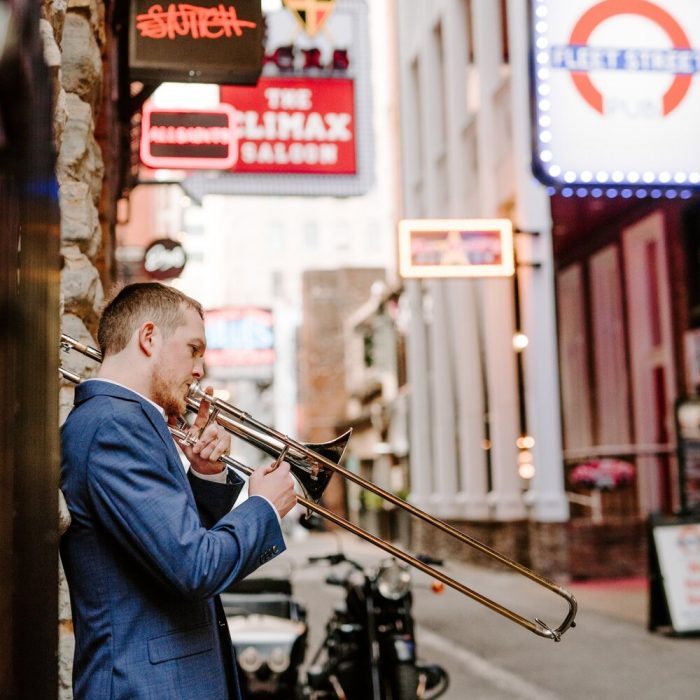