“WILL FRIEDWALD has written about music for The Wall Street Journal and was the jazz (and cabaret) critic for The New York Sun. He is the author of nine books, including A Biographical Guide to the Great Jazz and Pop Singers; Stardust Melodies: The Biography of Twelve of America’s Most Popular Songs; Jazz Singing: America’s Great Voices from Bessie Smith to Bebop and Beyond; Sinatra! The Song Is You; and Tony Bennett: The Good Life (with Tony Bennett). He has written liner notes for nearly five hundred compact discs, for which he has received eight Grammy nominations. He has also written for Vanity Fair, The Village Voice, Entertainment Weekly, American Heritage, and The New York Times, among other publications.”

Will’s just-released book is a biography, Straighten Up and Fly Right: The Life and Music of Nat King Cole. 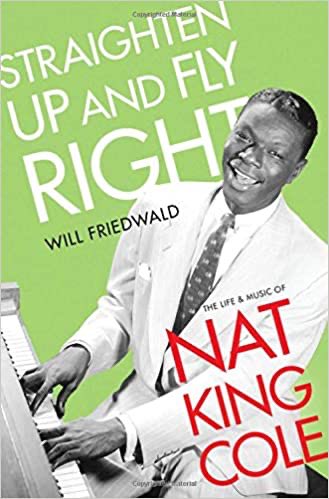