The next generation of Young Lions roared into the Jazz Cave Saturday night. Nashville Jazz Workshop alum and current New York resident Tyler Bullock returned to the stage with a quintet (+1) of rising stars for a magnificent homecoming concert.

Tyler, who began his jazz studies at NJW at the age of 12, continues to astound in his virtuoso technique, improvisational chops, and range of emotional expression. He is also an impressive composer – Saturday’s concert included primarily original compositions, notable for their melodic and harmonic sophistication and range of styles and textures. The five original tunes over the course of the evening provided a fertile bed for improvisation, and the band made the most of it.

It might be challenging for young peers to hold their own with such a prodigious talent as Tyler. Fortunately, the group of musicians he brought with him were up to the task. All were peers who met at a prestigious Carnegie Hall summer program, “NYO Jazz,” led by noted trumpeter Sean Jones. The band included saxophonist Ephraim Dorsey, trumpeter Ace Williams, bassist Ryoma Takenaga, drummer Koleby Royston, and surprise guest trombonist Braxton Hart. All three horn players had impressive chops and distinctive styles, grounded in the tradition yet thoroughly modern. Each contributed extended solos with varied textures and dynamics. As a result even the lengthier pieces didn’t feel overlong.

The rhythm section of Takenaga and Royston powered the band with energy, intensity, and expert comping. Royston’s occasional Blakey-esque bombs were a delight as was Takenaga’s solid rhythmic foundation. They stepped forward in several trio opportunities during the set, showcasing their energy, controlled intensity, and solo chops. It’s no slight to the horn players to say that the trio felt like a band in itself, from which we hope to hear more!

Tyler’s skills as a leader and soloist were evident. He gave his bandmates plenty of room to shine while contributing exquisite solos, with both his musicality and ample technique on display. There’s a phenomenon in technology known as “Moore’s Law,” which notes that the power of computer chips roughly doubles every two years. This could be restated here as “Bullock’s Law” – Tyler’s abilities since first coming to NJW have increased exponentially year over year and continue to do so!

The capacity crowd in the Jazz Cave and the many listeners to the online stream responded with enthusiasm, knowing they were hearing something extra-special. It was welcome to hear that Tyler plans to record his original tunes in the very near future. We hope this will be the first of many “reunion concerts” at NJW from this exceptional young man! 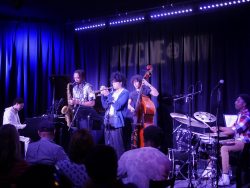 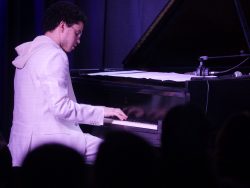 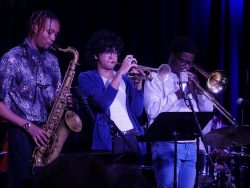 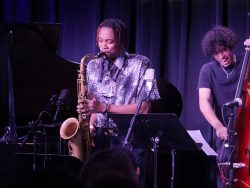 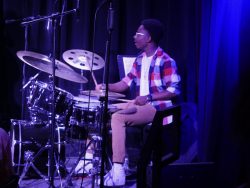 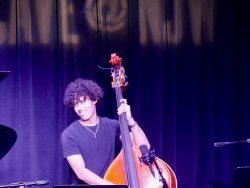 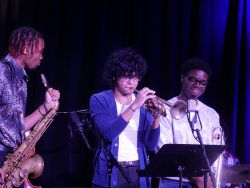 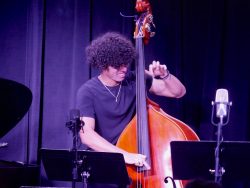 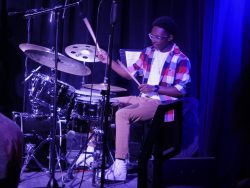 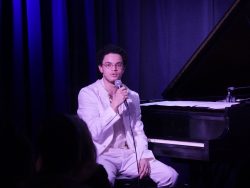 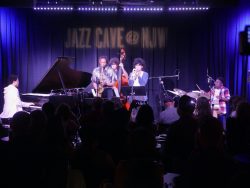